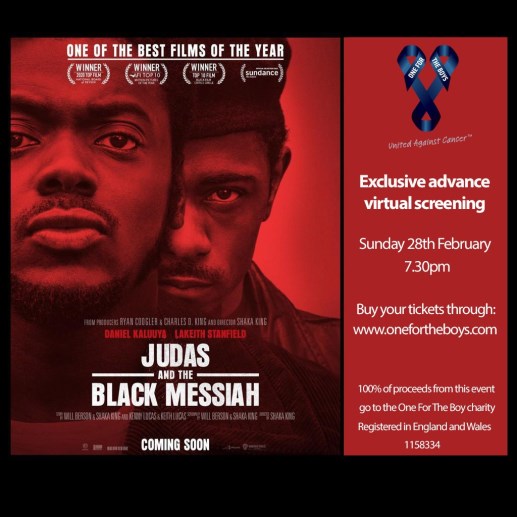 An advance charity screening of the Golden Globe nominated movie, Judas and the Black Messiah. Movie fans had the opportunity to see this powerful film - starring Daniel Kaluuya (Get Out, Black Panther) and Lakeith Stanfield (Atlanta, Get Out) - before its official UK release.

Fans also joined an exclusive Q&A Zoom with Daniel Kaluuya and Nicholas Hoult after the screening too, where the two discussed Judas and the Black Messiah, their time on Skins together, their Golden Globes nominations, and - of course - their health.